Art as Social Protest: Let Us Show You The Wei!

GKTC Summer Institute kicked off the summer exploring multimedia journalism: photography, videography, television, and radio. The past two weeks in Summer Institute was all about media in a different context… A R T!

Liz Michaels, GKTC’s longterm intern, is also an art instructor and led us in a discussion about types of art: fine art and conceptual art. We learned that in fine art, more value is placed on the aesthetic aspect of the final work while in conceptual art, the thoughtful idea or concept behind the work takes precedence. One particular type of conceptual art we focused on was social practice art. For those who don’t know what social practice art is, Tribe member Ian explains, “We are focusing on social practice art which is a type of art that is interactive, engages the audience, and conveys a message.”

We looked at examples of social practice art that inspired collaboration and interaction in environments outside the usual gallery or museum walls. Check out this short documentary about a work by Thomas Hirschhorn entitled Gramsci Monument.

Feeling inspired, Tribe tossed around ideas for their own social practice art piece. After some collaborative brainstorming, Tribe decided that they wanted to use their conceptual art piece to convey that “We are more alike than different,” an idea that Ian came up with. They wanted their final message to include:

Matthew: “We all have the same basic needs like love and acceptance.”

Anna: “We all have loved ones.”

Huan: “We are all our own person and have choices to make.”

Ian: “We are human beings with feelings.”

Tom: “We all have high expectations for ourselves.”

Another artist’s work we delved into was Ai Weiwei. His work prompted a mix of reactions. One in particular, entitled Dropping a Han Dynastry Urn, features Weiwei dropping and smashing a 2000-year old urn. The urn was valuable not only financially, but also symbolically and culturally.

Huan:  “Holy moly, I can’t believe he did that in the name of art. If you wanted a reaction that was a way to get a big one.”

Matthew:  “I think it was badass but intense.”

Ian:  “I think it’s a shame to destroy history for the sake of attention.”

While there’s some debate in Tribe over what should and shouldn’t be considered art, everyone agrees that art is about pushing boundaries.

To end the unit, we took a trip to Smithsonian’s Hirsshorn Museum to see Ai Weiwei’s work up close. 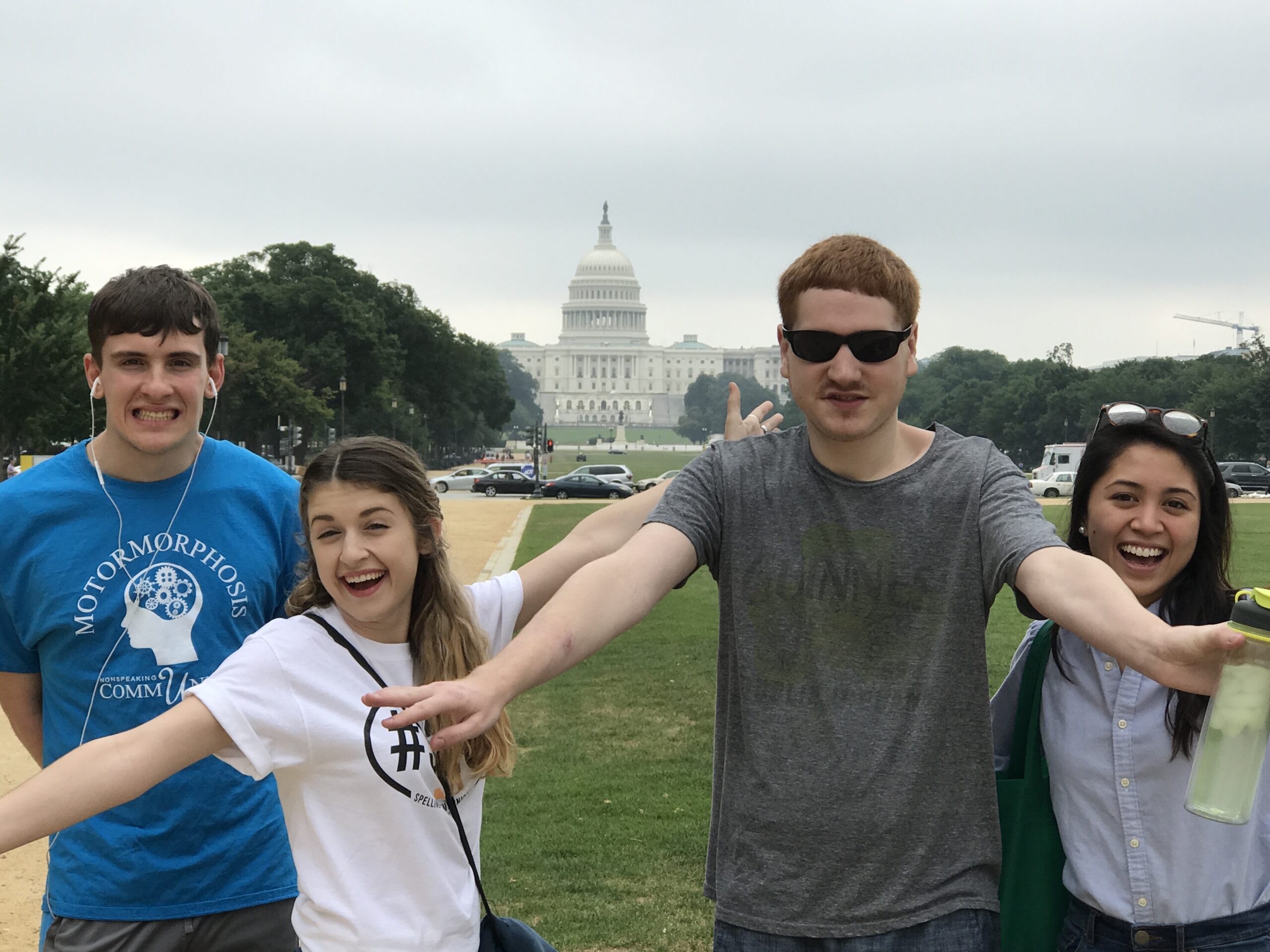 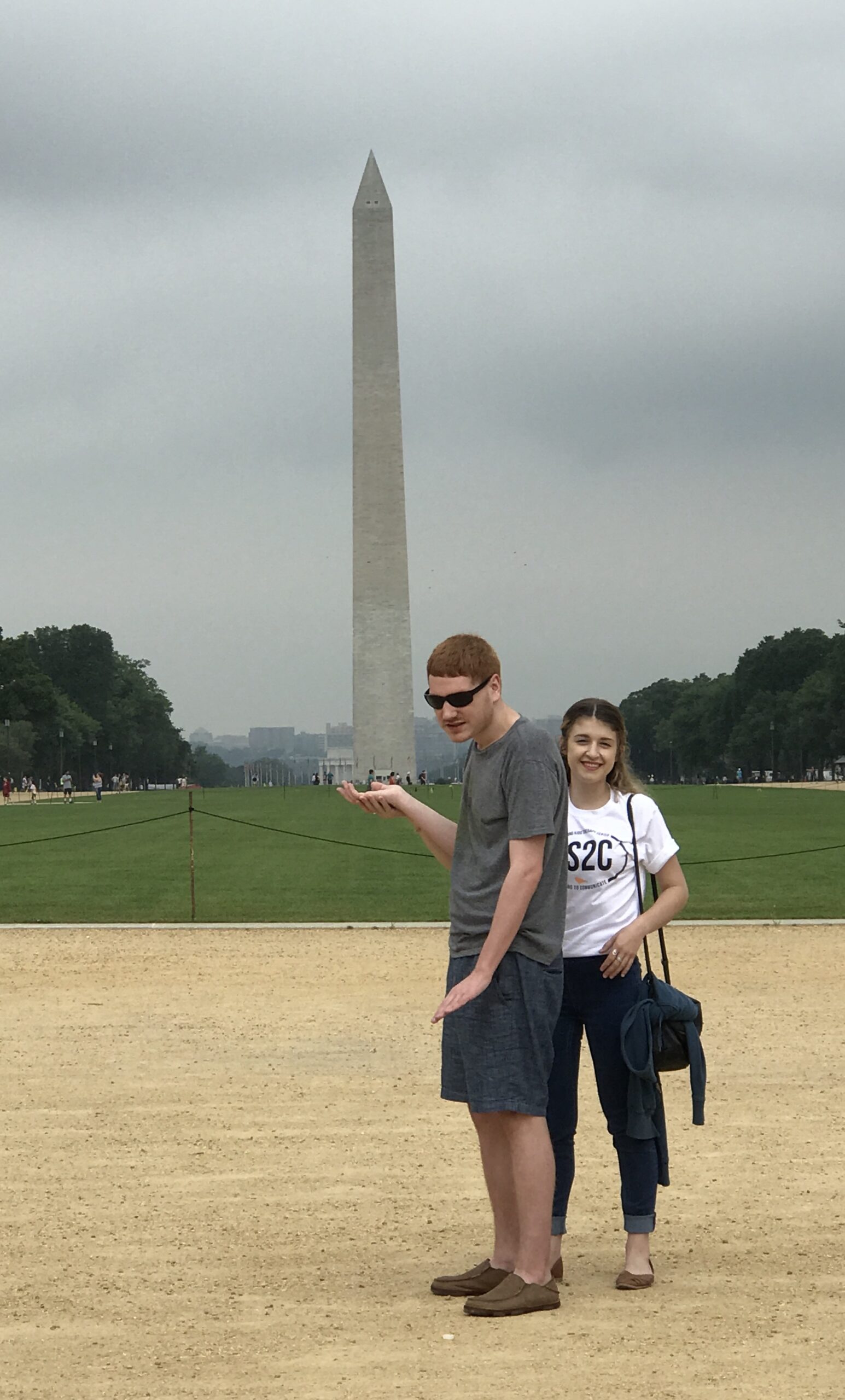 A trip to Washington, D.C. isn’t complete unless you take some tourist-y pictures with the Capitol and the Washington Monument! 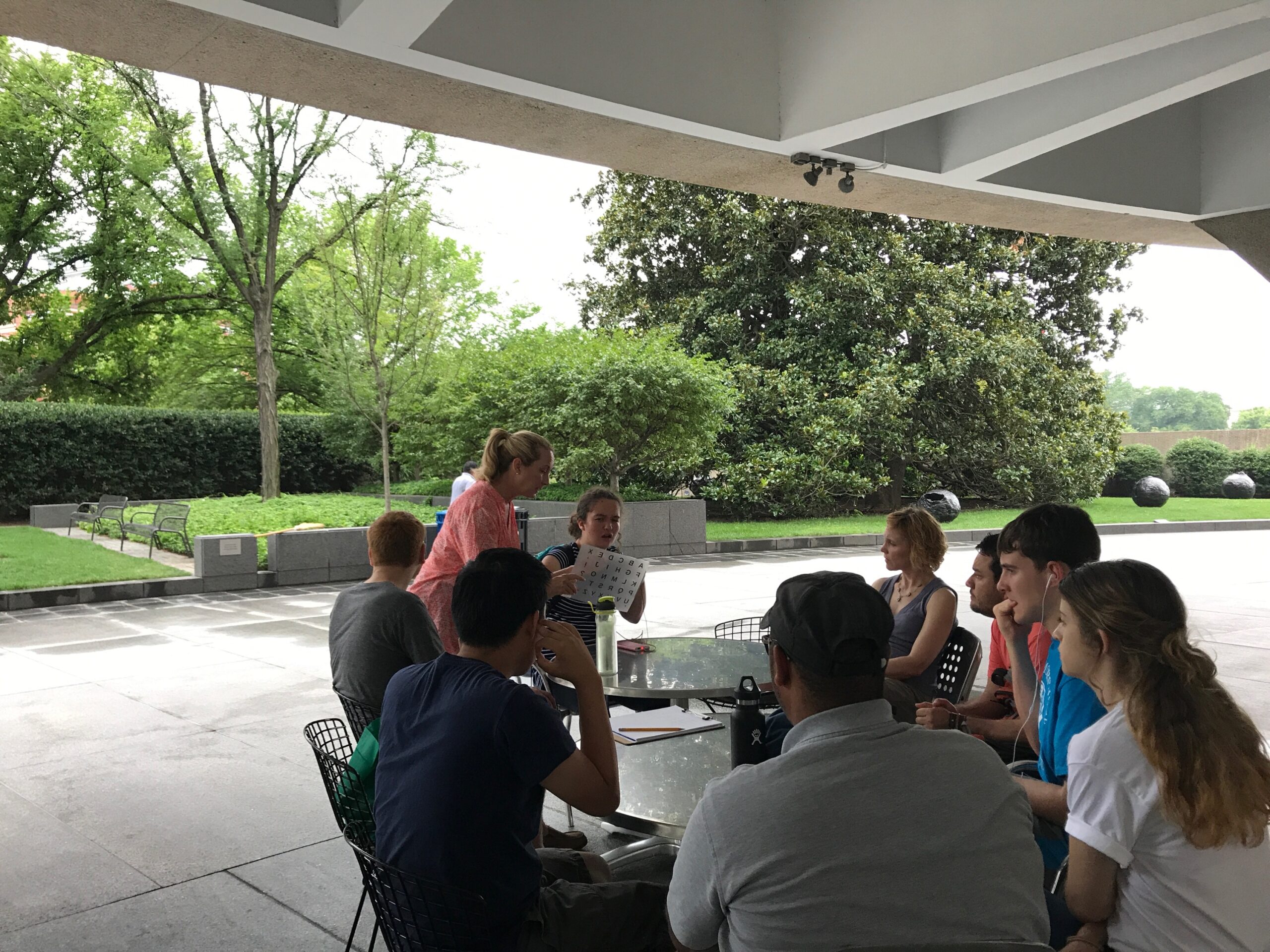 Waiting for the museum to open. Laura S. DeThorne, an SLP from the University of Illinois-Urbana, and her colleague, Henry, joined the outing!

The first part of the Ai Weiwei exhibit showcased a wallpaper installation entitled The Plain Version of the Animal That Looks Like a Llama but Is Really an Alpaca. After a closer inspection of the wallpaper, the Tribe found images of “technology” (Ian), “Twitter bird” (Huan), and “handcuffs” (Ben). Emma and Tom offered up their interpretations of the piece: “It says something about corruption” (Emma) and “The golden age of policing” (Tom).

The exhibit also featured the debut of Trace, an installation of Lego portraits. From the Hirshhorn website: The portraits are of free speech advocates and activists who “have been detained, exiled, or have sought political asylum because of their actions, beliefs, or affiliations.” In Emma’s words, “They were all revolutionaries.” 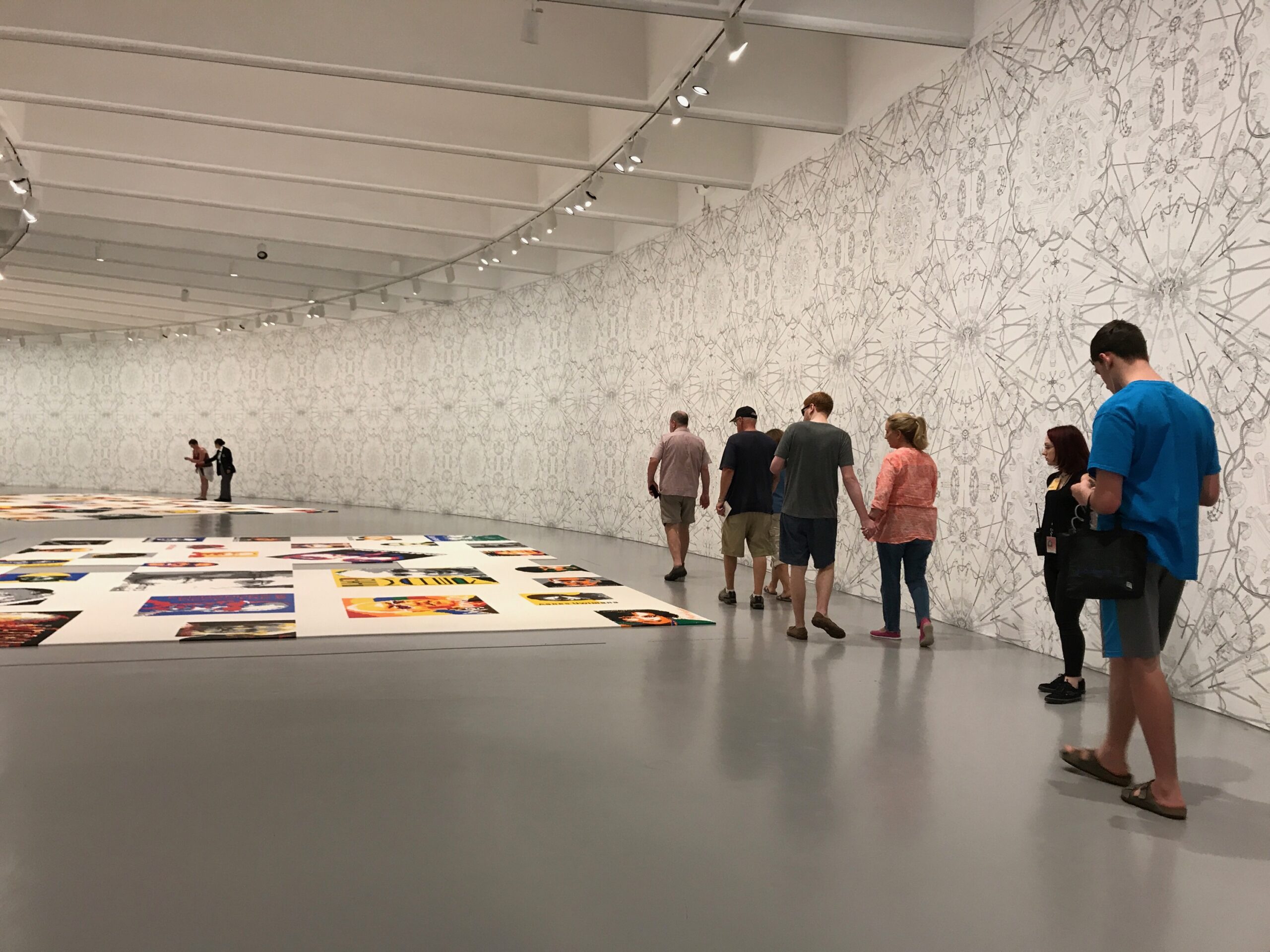 Checking out Trace. Navigating past the wall art and the floor installation took a lot of motor control! Huan reflects on the experience: “It took a lot to be aware of everything. The hardest part was not to touch the walls.” 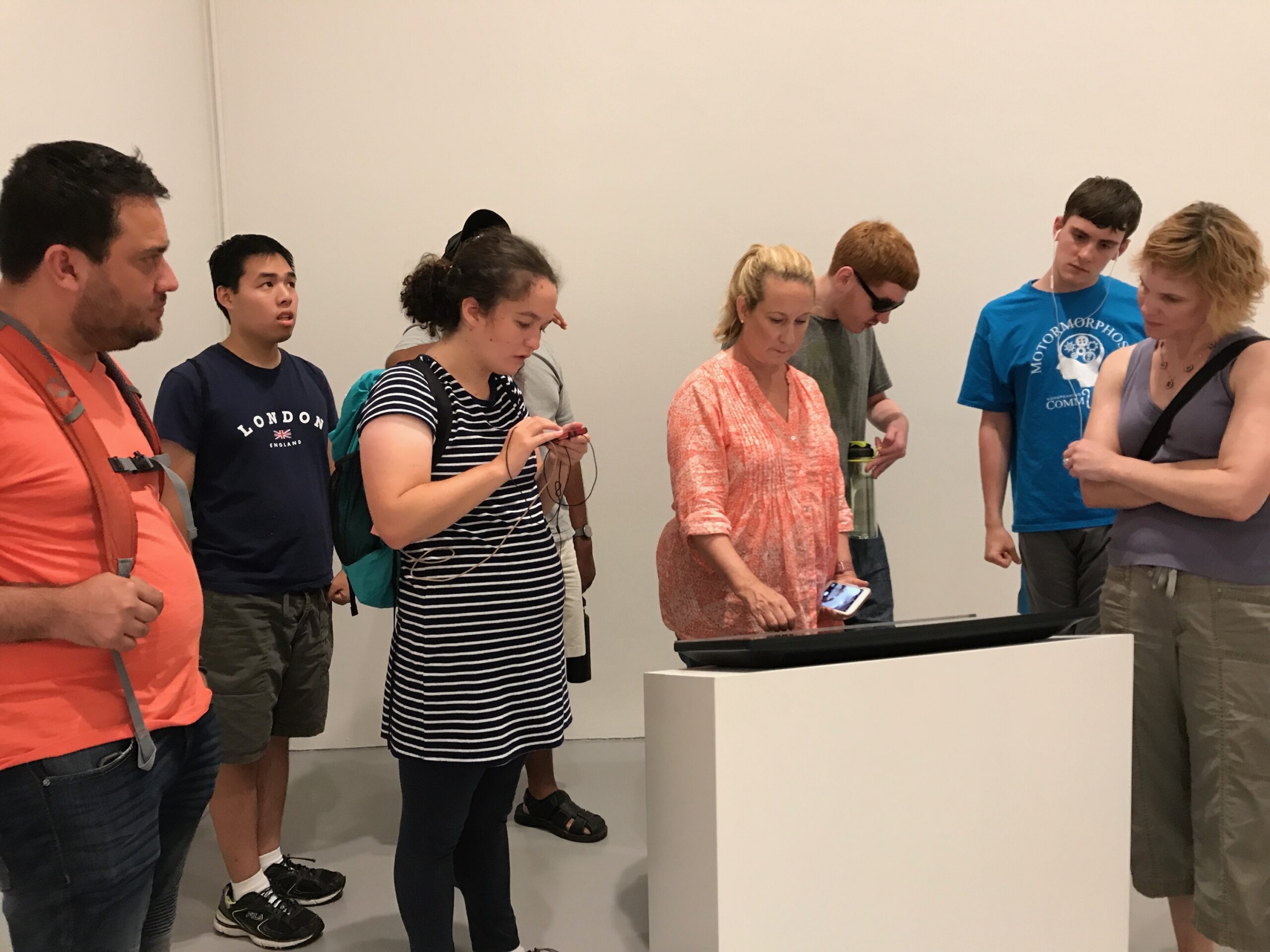 Reading about the revolutionaries featured in Trace.

When asked how the portraits were a form of social protest, Huan shared: “It is recognizing their sacrifices.” Ian also shared, “Well plastering their infamous images on the floor calls attention to their names.” 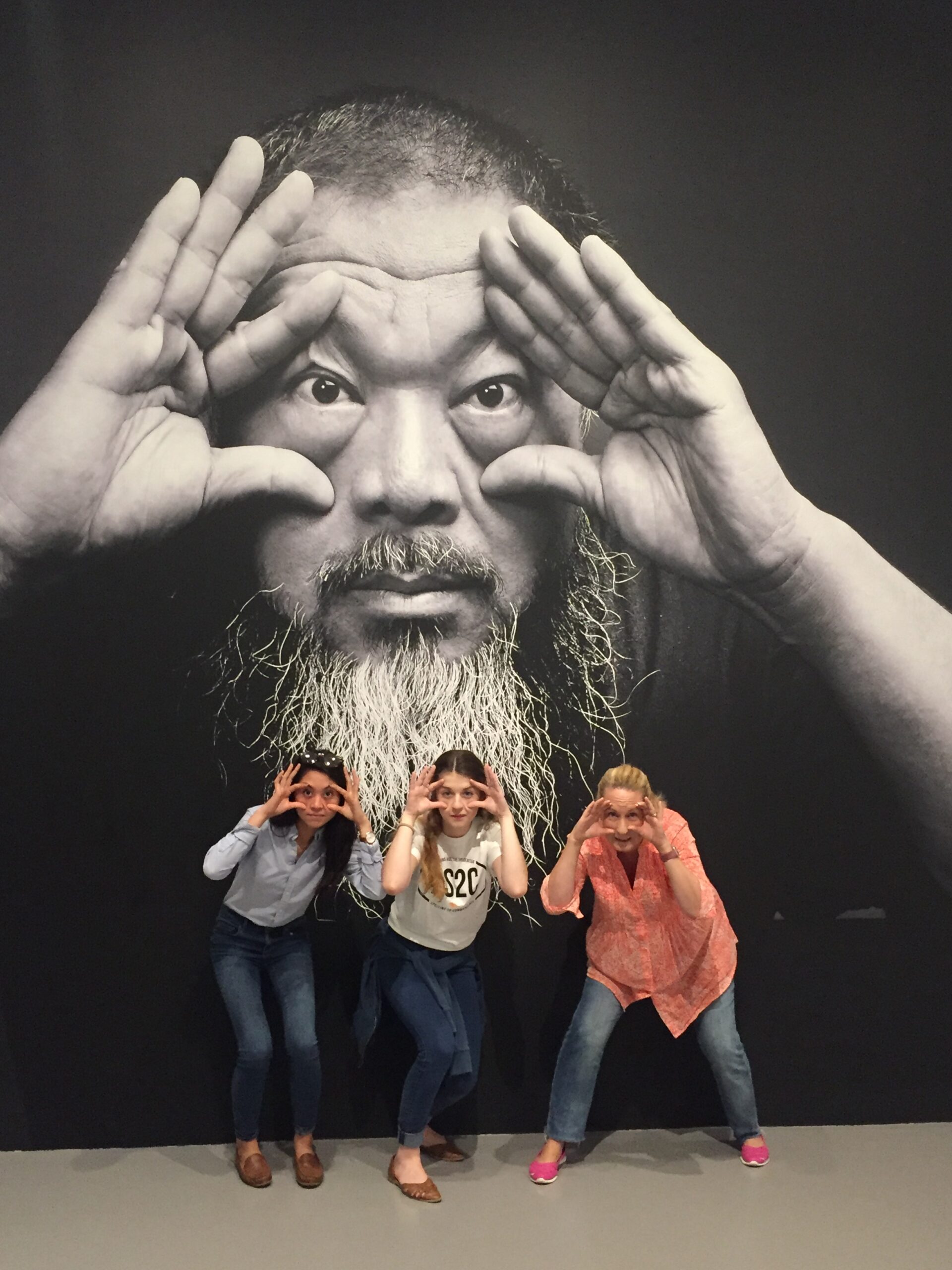 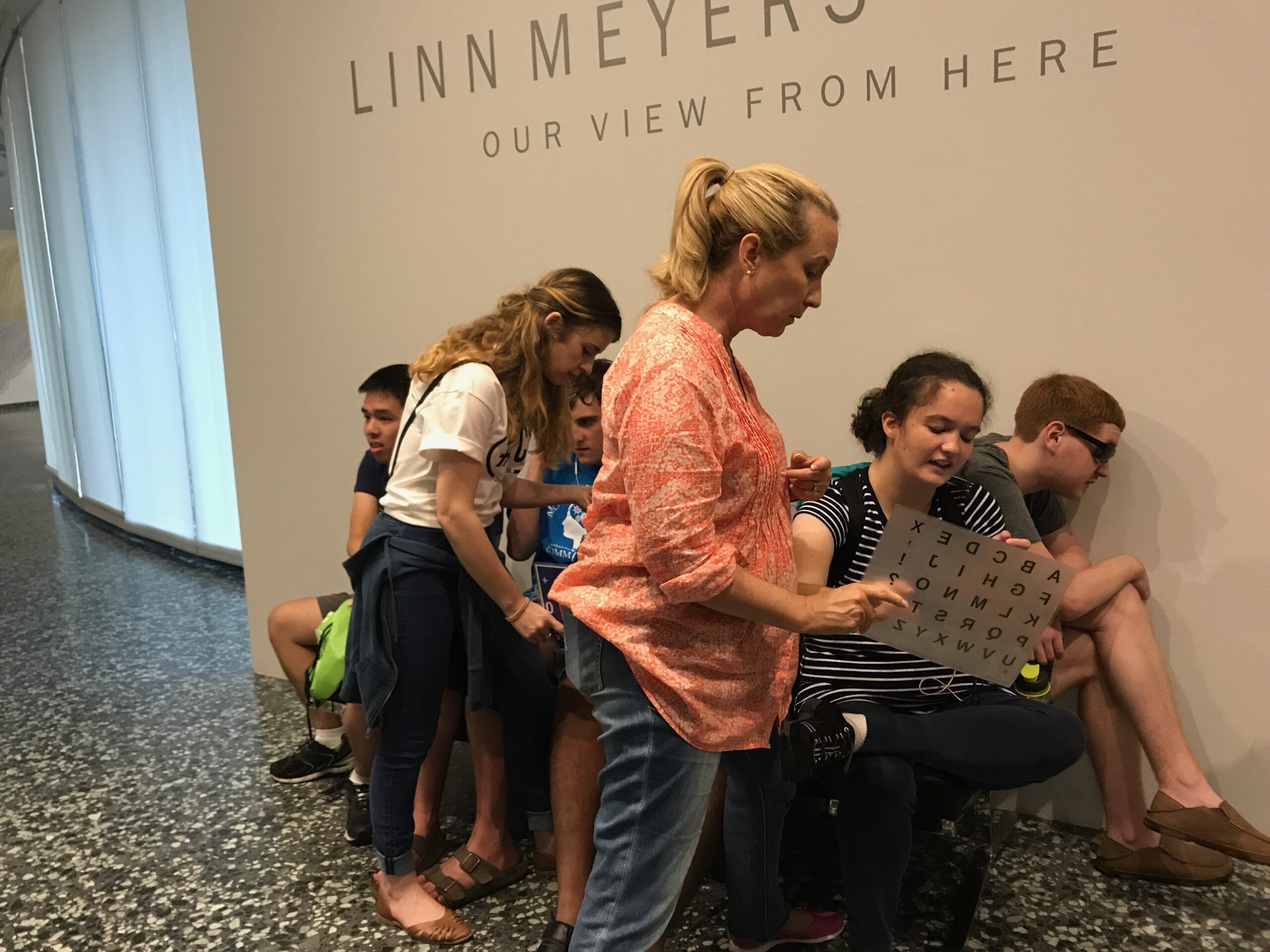 Ian: “The openness of the space makes such a difference. I get what Liz was saying about the space being part of the experience.” “It was powerful to see protest in art while browsing through each level of the Hirshhorn. The Ai Weiwei exhibit with the Legos was by far my favorite. It featured images of revolutionaries accused and charged as terrorists in Legos on the floor. It’s so crazy to think of being punished for standing up against evil.”

Tom: “I think it was a good way to call attention to those persecuted for social advocacy.” “It was so intense. I got every piece and I felt the oppression the artist wanted me to. I felt empowered to share my own oppressions.”

Huan: “The trip to the Hirshhorn was powerful I was terribly impressed with the art and how it can communicate the artist’s message. I thought the Ai Weiwei exhibit was incredible. The pictures of individuals who have lost their freedom for standing up for their beliefs was so amazing. I can’t believe that he was able to do this in Legos! 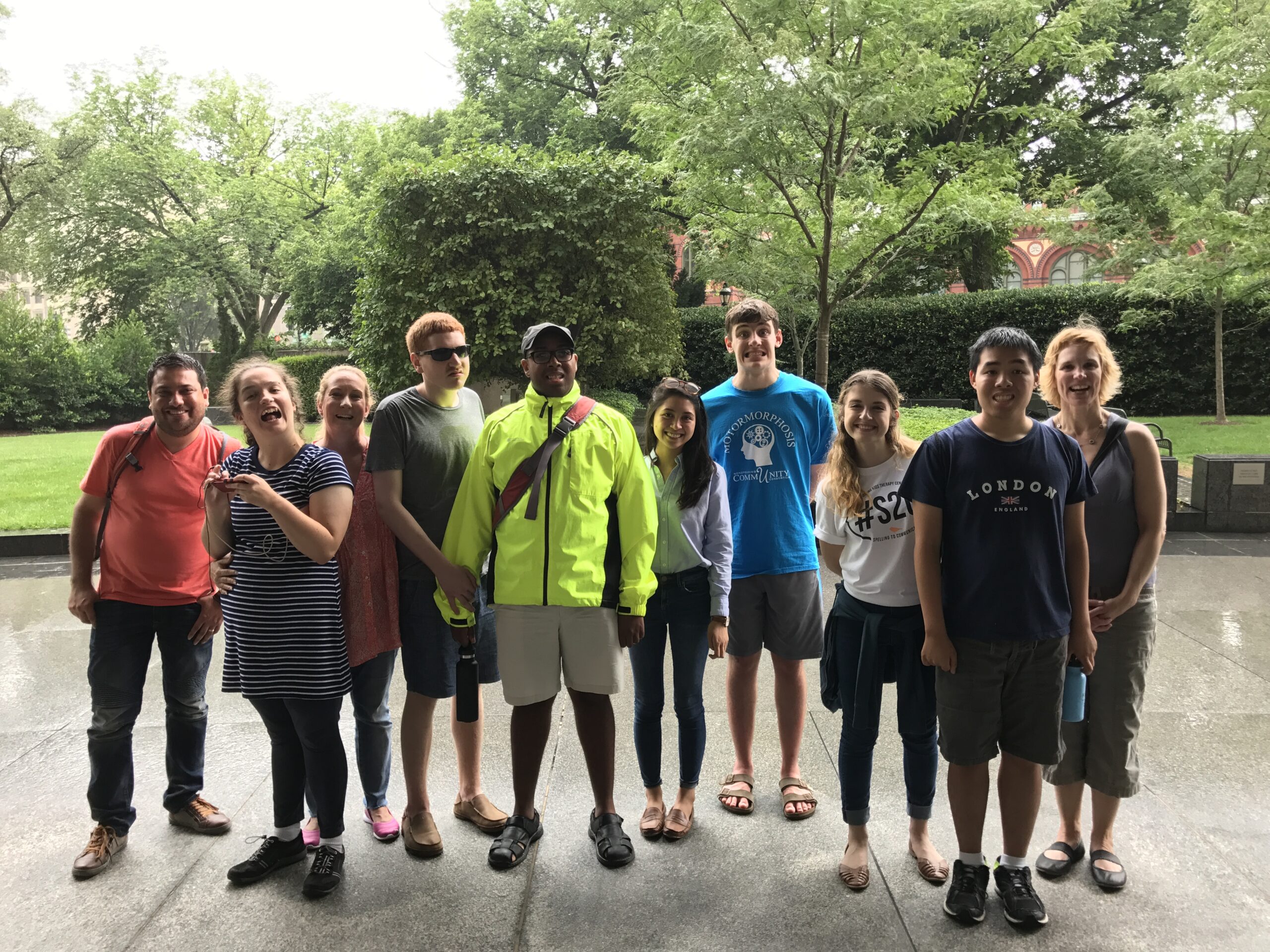 ~Janine Caguicla and The Tribe