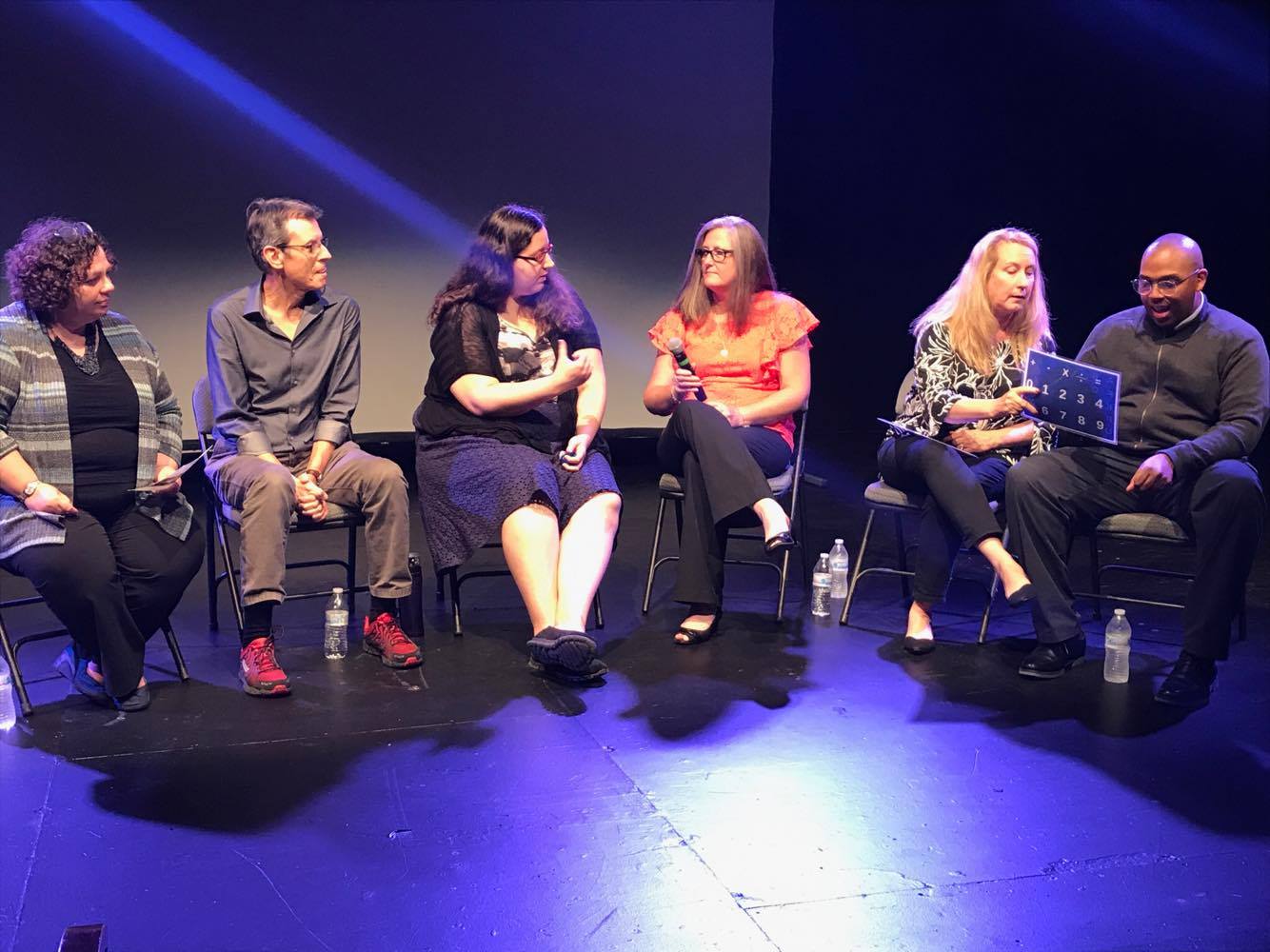 DEEJ The Movie: Inclusion shouldn’t be a lottery

What a spectacular night at the Atlas Theater in Washington DC for the screening of Deej! Deej is the must-see documentary about DJ Savarese, a nonspeaking autistic and his journey to be included as a college student. The film is powerful and a story that we hope will become common for all of our students. GKTC’s Benjamin McGann participated in a post-screening panel.  Benjamin is a nonspeaking self-advocate and a board member of The Nonspeaking CommUnity Consortium.  Benjamin discussed his thoughts on the film with: Julia Bascom, Executive Director of ASAN; Erica Ginsberg, Executive Director of Docs in Progress; Jenn Lynn, Executive Director of Upcounty Resources; Elizabeth Vosseller, Director of Growing Kids Therapy Center; and Robert Rooy, the director of Deej. Benjamin brought his usual wisdom, insight, and eloquence to the discussion.

When asked what Ben thought about the film he responded,  LOTS TO ABSORB. I LOVED IT ALL THOUGH.
Ben introduced himself. HI, I’M AUTISTIC. I AM REALLY REALLY HAPPY TO COME TOGETHER TONIGHT.

The panel discussed the film and the fact that Deej was such an intrinsic part of the film and its production.  Ben added,  MY THOUGHTS ARE RACING. THIS IS THE STORY WE NEED TO TELL OTHERS AND SHARE. THANK YOU, ROB, FOR TELLING THIS STORY SO RESPECTFULLY.

Julia Bascom talked about autism and disability in adulthood and the support needed for adults with disabilities to be successful.  In response to Julia’s points, Ben elaborated, THANK YOU. I USUALLY INTERNALIZE THESE KINDS OF FEELING.  IT IS REFRESHING TO HEAR THIS KIND OF DISCUSSION. I AM AN ADULT, HOWEVER, MANY VIEW ME AS A CHILD BECAUSE I CANNOT SPEAK. BUT I CAN THINK AND LEARN AND LOVE AND WORK.

An audience member asked, “Ben, what gives you hope about the future?”
B: I HAVE HOPE COMING HERE TONIGHT AND SEEING THIS FILM AND HAVING THIS DISCUSSION WITH ALL OF YOU.

Deej screenings are being held all over the United States and Canada, often with panel discussions following the film. Be sure to check the Deej Facebook page for a screening near you.
~Elizabeth and Benjamin